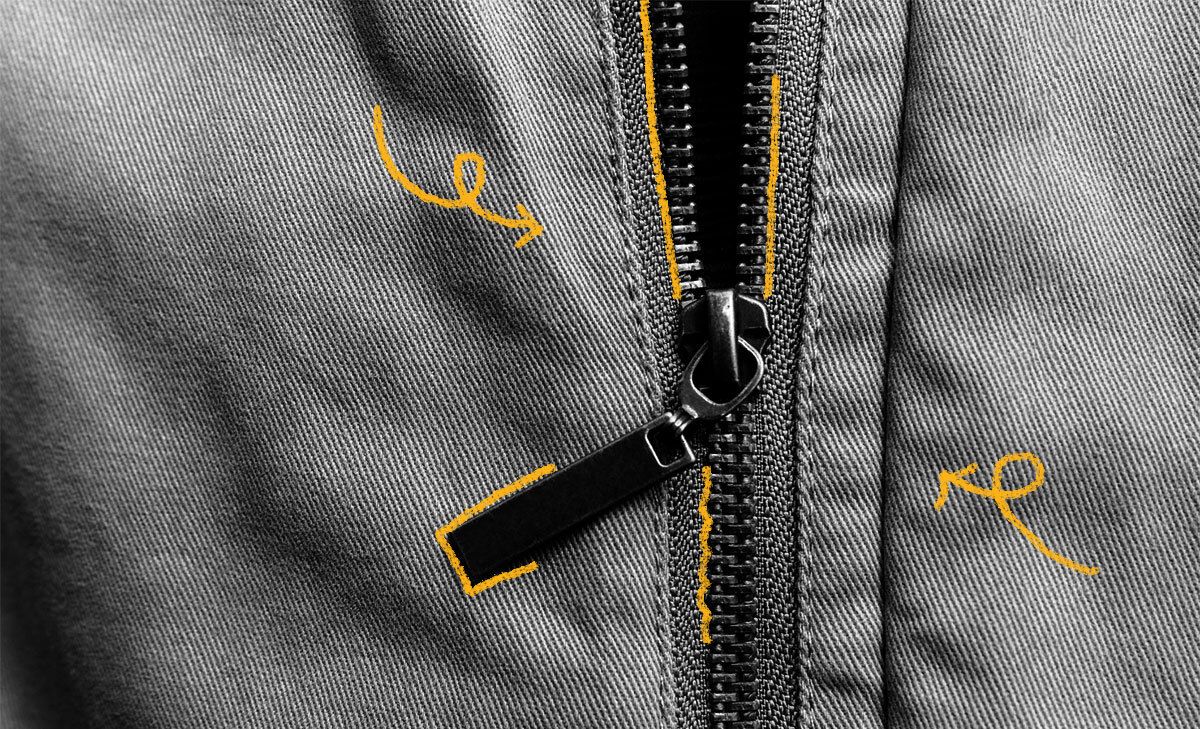 The History of Zippers

What would modern clothing be without them? Zippers are everywhere – but we rarely think about where they came from. Several inventors contributed to the creation of the zipper. In 1851, Elias Howe, Jr., the inventor of the sewing machine, filed a patent for an "Automatic, Continuous Clothing Closure,” but he didn’t pursue the invention much beyond securing his patent. Then in 1893, inventor Whitcomb Judson marketed a “Clasp Locker,” which he debuted at the Chicago World Fair that same year. Judson’s fastener was not originally intended for use in clothing; instead, it was designed to be used in shoes. Judson partnered with Colonel Lewis Walker to create the Universal Fastener Company to manufacture his "Clasp Locker," but it didn’t achieve much commercial success, in part due to design flaws.

A Swedish-born electrical engineer named Gideon Sundback is the creator of the modern zipper. He worked for Judson’s Universal Fastener Company and improved upon the design by increasing the number of fastening elements; his fastener featured two facing rows of teeth that could be pulled into a single piece using a slider. (Sounds familiar, right?) Sundback’s “Separable Fastener" – the modern zipper we would recognize today – was created by 1913 and received a patent in 1917. Sundback also created the machine for manufacturing his new device.

What’s in a Name?

Zipper…the term seems to perfectly fit the object, but where did the name originally come from? The term “zipper” wasn’t coined by its inventor. Instead, the name “zipper” originated with the B. F. Goodrich Company, who used Sundback’s fastener on a new type of rubber boots. When they did so, they renamed Sundback’s “Separable Fastener” to “zipper” and the name stuck.

Boots and tobacco pouches were two of the first items to incorporate zippers into their design. It took a lot longer for zippers to catch on in the clothing industry. Much of the contemporary public saw the zipper as somewhat morally dubious, since it made removing clothing very easy. Earlier versions had exhibited design flaws and functional problems, so many people were also skeptical of the zipper’s quality and functionality. However, the US Army was one of the first entities to embrace zippered clothing, and WWI soldiers’ gear and uniforms featured zippers.

In 1934, the Prince of Wales gave zippers a boost when he started wearing pants with a zip fly. It wasn’t until 1937, when the zipper beat the button in what’s now referred to as the “Battle of the Fly,” that the fashion industry really began to embrace zippers in clothing. Around this time, French fashion designers began to rave over the use of zippers in men’s pants, further bolstering the device's fashion cred. During the 1930s, zippers were even advertised as a way to promote children’s self-reliance (since the zippers allowed them to dress themselves more easily)! The zipper’s place in fashion was solidified even further when zippers that could open at both ends hit the market, allowing them to be used on jackets and coats. But it wasn’t until 1954 that Levi’s first introduced a special zippered version of its 501Z overalls, and it wasn’t until the 1970s that zippers showed up on Levi’s jeans. Today, of course, zippers are everywhere – on shoes, suitcases, clothing, and more!

What Does YKK Mean?

You may have seen the letters YKK stamped on the pull tab of your zipper and wondered what it means. YKK stands for Yoshida Kogyo Kabushikikaisha (which translates as Yoshida Company Ltd.). The Japanese company was founded in 1934 by Tadao Yoshida. Today, the company manufactures over 1.5 billion zippers per year to meet modern demand! Most zippers today are made by the big three – YKK, KCC Zipper, and Tex Corp – or by one of the many Chinese zipper companies in the industry. Most zippers are manufactured in the Qiaotou region of China.