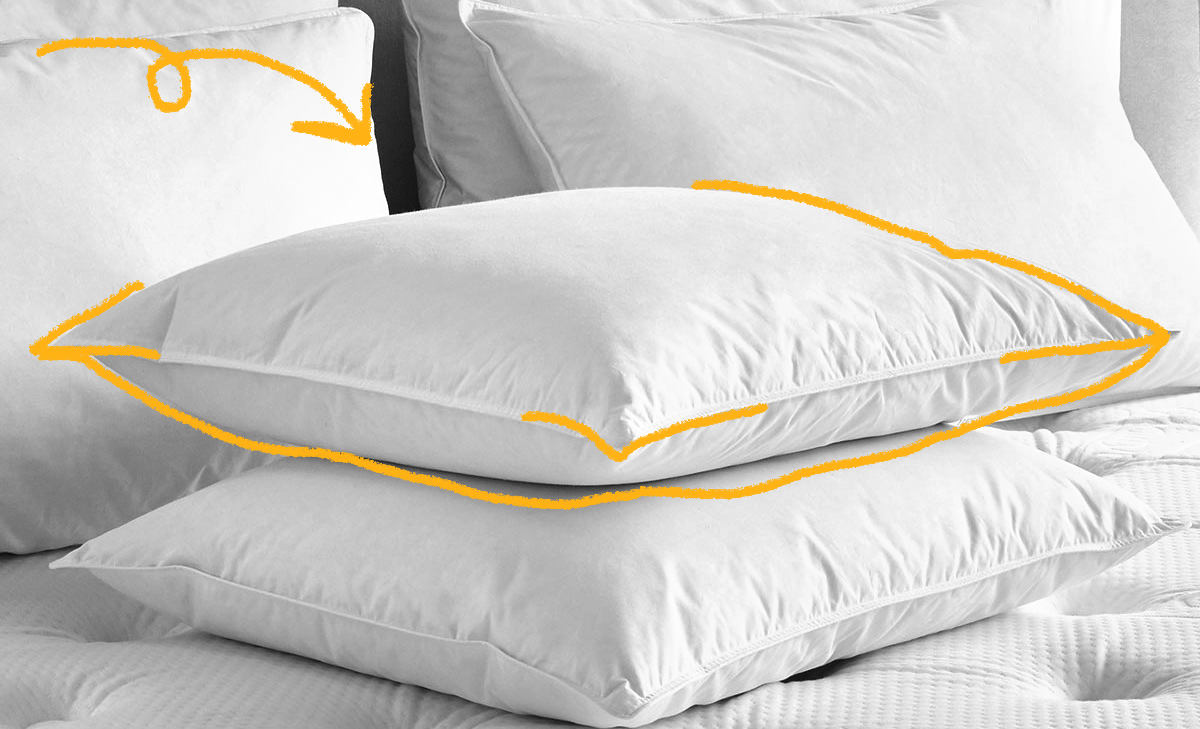 The History of Pillows

They Were Originally Made of Stone

Pillows have been around since ancient times, but back then, they served a very different purpose. The earliest use of pillows occurred in Mesopotamia around 7,000 BC. These early pillows were made of stone and carved into a cradle shape – they were not designed for comfort. Instead, these stone pillows were used to elevate the head so that insects wouldn’t crawl into a sleeper’s mouth, nose, or ears! Because stone was expensive, the pillows were only used by the wealthy. Ancient Egyptians also used pillows, but for a different purpose. They believed the head was the seat of spiritual life and should therefore be cherished. Egyptian pillows were made of marble, ivory, ceramic, wood, or stone. In addition to elevating the head in life, Egyptians also placed pillows carved with images of the gods under the heads of their dead to keep bad spirits away. In ancient China, society was advanced enough to create soft textile pillows, but the Chinese believed that soft pillows were a luxury that would sap the body of energy. They preferred hard pillows made of porcelain or bamboo, and those who could afford such a luxury slept on pillows made of bronze or jade.

They Largely Disappeared with the Roman Empire

The ancient Greeks and Romans introduced the idea of the soft pillow. Citizens used pillows made of cloth that were filled with natural materials like cotton, reeds, or straw. The wealthy used pillows filled with soft down feathers. However, after the fall of the Roman Empire, soft pillows once again became a rarity as most people could not afford them. For anyone who could, they became a status symbol. During his reign, King Henry VII banned soft pillows for everyone except pregnant woman. By the 16th century, however, soft pillows had once again become more widespread. The stuffing had to be changed often, however, due to mold and vermin.

The Industrial Revolution Modernized the Pillow

The Industrial Revolution ushered in the biggest change for pillows. With the sudden surplus of affordable textiles available for purchase, nearly anyone could get their hands on a soft pillow to sleep on. People stuffed their pillows with whatever soft material was available. Often this was clean hay. Chicken feathers and – for those with money or the ability to hunt – goose down were also used. However, because the natural materials were still susceptible to mold and mildew, it was not uncommon for people to refresh the filling each season. During the Victorian era in England, decorative pillows for couches and chairs began to show up in homes for the first time, especially among the wealthy.

Pillow Options Have Continually Improved Since the 1960s

Pillows remained pretty much the same until the 1960s, when polyester filling was invented. Polyester filling was a new synthetic material that not only held its shape, but also lasted much longer than natural filling because mold and mildew were less of a concern. It quickly became a common choice that remains popular today. Like polyester filling, down filling is also still used today. New materials such as foam pellets, cooling gels, and NASA’s memory foam are also extremely popular. For the eco-conscious sleeper, environmentally friendly pillow fills like buckwheat and dried lavender pods are available. Pillows also come in different shapes and thicknesses to support your neck while you sleep. No matter what type of pillow you choose, today’s options are certainly a far cry from the stone pillows available in Mesopotamia!