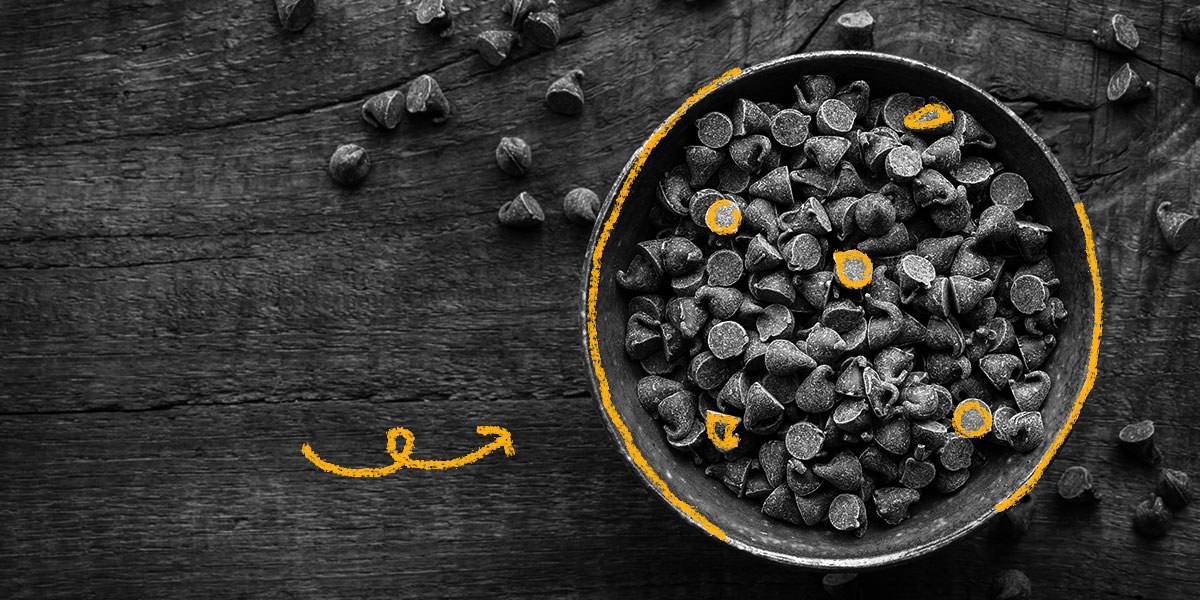 The History of Chocolate Chips

Today is National Chocolate Chip Day. Did you know that these delectable morsels have quite the history behind them? It all starts with the name! Most people call them “chocolate chips,” but Nestle refers to them as “morsels.” The term “chip” appears to have come from the late 19th century English tea biscuit recipe for “Chocolate Chips” – however, the term referred to the biscuit shape, and there were no chocolate morsels in the recipe. In 1892, the term “chip” was applied to candy, but the candies in question didn’t look or taste anything like the chocolate chip morsels we are familiar with today. Then in the late 1930s, Toll House Inn owner Ruth Wakefield invented chocolate chip cookies. (Originally, they were called Toll House Chocolate Crunch Cookies.) However, chocolate chips still didn’t actually exist – Wakefield’s recipe was printed on the backs of Nestle’s semi-sweet chocolate bars and each one included a cutter so that home bakers could create chunks of chocolate themselves. Finally, in 1940, the name “chocolate chip cookies” became popular due to various newspaper articles. Also in 1940, Nestle began selling chocolate morsels instead of just bars. However, the company still didn’t use the term “chips.” In fact, to this day, Nestle sells “chocolate morsels” – not “chocolate chips.” However, competitors such as Hershey’s and Ghirardelli do call their products “chocolate chips.” But whatever name applies, one thing is for sure – they’re a key ingredient in many delicious recipes!