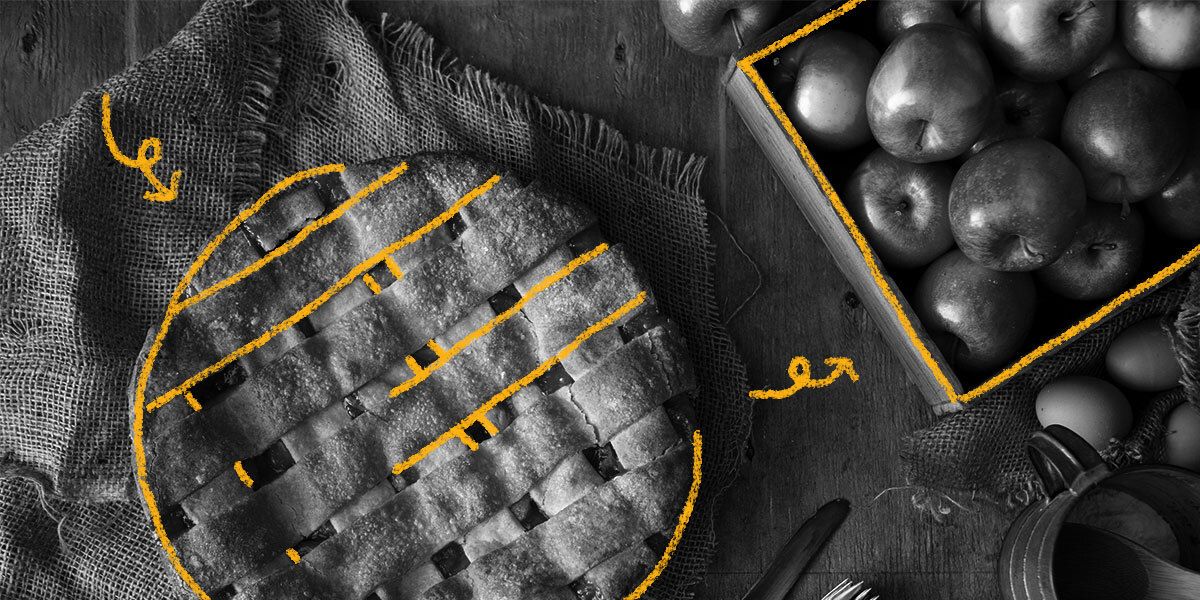 The History of Apple Pie

You may be surprised to learn than neither the apple nor apple pie is actually native to America. In fact, apples are native to Asia. (The only apple variety native to North America is the crab apple.) The sweet yet tart apples that we are familiar with today first spread from Asia to Europe. Later, European colonists brought apples to North America. Specifically, the early colonists of Jamestown are thought to have brought European apple tree cuttings and seeds with them on their journey, thus introducing the apple to America. In the early days of colonization, European settlers primarily used their apples for making cider, which was preferred over water and easier to make than beer. Tree planting was helpful for maintaining a land claim in colonial America, and apple trees were often chosen for this purpose since they were also popular for cider-making. The result of this was that by the 1800s, Americans were growing over 14,000 different varieties of apples! It’s clear that apples were popular, but they weren’t associated with Americana until John Chapman, who is perhaps better known as Johnny Appleseed, made the apple part of American folklore.

Like apples, apple pie isn’t nearly as American as you might think. In fact, apple pie originated in Europe and it was developed with the help of multiple culinary influences, including cuisine from Britain, France, the Netherlands, and the Ottoman Empire. The dish is also a lot older than you may think. A recipe for apple pie appears in a British cookbook, The Forme of Cury by Samuel Pegge, that dates all the way back to 1390! Early British pies were often on the savory side, but sweeter pies with apples and other fruits were often made as well. However, these early British versions of apple pie often did not include crust due to the high price of ingredients. It was the 15th century Dutch who first created the lattice-style pastry we are familiar with today. Dutch lattice-style pies caught on quickly, and a mere century later, they could be found all across Europe.

Apple Pie Was Introduced to America by European Colonists

Apple pie is thought to have been brought to America by European colonists – particularly the British, the Dutch, and the Swedish. The first mention of apple pie in America occurred in 1697, when Allen Metcalf’s America in So Many Words: Words that have Shaped America referenced it. The first two recipes for apple pie that were published in America were included in the new country’s first cookbook; it was called American Cookery and was published in 1796. Since it was an easy and affordable dish to make, apple pie quickly became part of the American culinary repertoire.

Apple Pie Became a Symbol of America in the Early 1900s

While apple pie was popular in America since its inception, it didn’t become associated with our cultural identity until the early 20th century. News, advertising, and the two World Wars catapulted the humble apple pie into the national consciousness as a symbol of American patriotism and nationalism. It started when various publications began positioning apple pie as uniquely American around the turn of the century. In 1902, an editorial in The New York Times stated that pie had become “the American symbol for prosperity” and that “pie is the food of the heroic.” In 1926, that same publication declared, “The Tourist Apple Pie Hunt Is Ended: American Army Abroad Has Failed Again to Find in Europe ‘the Kind They Make at Home,’” thus positioning the dish as a distinctly American phenomenon (which is, of course, untrue). The phrase “as American as apple pie” began to crop up around this time as well. In 1924, a Gettysburg Times advertisement promoted “New Lestz Suits that are as American as apple pie.” And in 1928 an article in The New York Times described the homemaking abilities of First Lady Lou Henry Hoover as being “as American as apple pie or corn pone” (the “corn pone” was quickly dropped from the now-famous saying). Clearly, apple pie had become a symbol for America and certain American ideals like motherly love, purity, wholesomeness, the comfort home, and even agrarian times gone by. It also came to be associated with patriotism and nationalism. This is especially apparent in the lingo of World War II soldiers, who would often say that they were fighting for “mom and apple pie.”

Today, apple pie remains a beloved dessert in America. It’s often served at American holidays like Fourth of July celebrations and Thanksgiving dinners. Many families even have their own unique recipes for the dish that are passed down from generation to generation. While apple pie did not originate in America, over the years it has been fully integrated into American cuisine and is now considered a classic American dish. And indeed, much like America itself, apple pie is a melting pot of many different cultural and culinary traditions. Of course, it’s also just plain old delicious to eat!